When people in Washington want to solve a problem, they turn to the senior United States Senator from Maine, Susan Collins. First elected in 1996, Senator Collins has earned a national reputation as an effective legislator who works across party lines to seek consensus on our nation’s most important issues. For the past five consecutive years, Senator Collins has ranked as the most bipartisan member of the U.S. Senate by the Lugar Center and Georgetown University.

Senator Collins ranks thirteenth in Senate seniority and is the most senior Republican woman.  She chairs the Senate Aging Committee and the Transportation, Housing, and Urban Development Appropriations Subcommittee.  She also serves on the Intelligence Committee as well as the Health, Education, Labor and Pensions Committee. Known for her Maine work ethic, Senator Collins has never missed a vote in her 21 years in office – more than 6,700 votes in a row.

Senator Collins is recognized as skillful legislator, which is one reason why Elle magazine named her one of the most powerful women in Washington.  Her record demonstrates significant legislative accomplishments in such critical areas as homeland security, national defense, disaster response, education, business development, health care, and issues of particular interest to our nation’s seniors.  Along with Senator Joe Lieberman, Senator Collins authored a major overhaul of our nation’s intelligence community after the September 11th attacks and also led the successful effort to repeal the discriminatory “Don’t Ask, Don’t Tell” law that prohibited gay and lesbian Americans from serving openly in the military.  Senator Collins is the founder of the Common Sense Coalition, a bipartisan group of senators who wrote the framework of the plan that ended the 16-day government shutdown in October 2013 as well as the shutdown in February 2018.

Senator Collins has had a long-standing interest in health care. In 1997, she founded the Senate Diabetes Caucus and has led the effort to more than triple federal funding for diabetes research. As the founder and co-chair of the Congressional Task Force on Alzheimer’s Disease, she has worked to increase funding for Alzheimer’s research and to strengthen support for family caregivers.  She is also a tireless advocate for education and has visited and read to children at hundreds of hundreds of schools across Maine.  A champion for America’s small businesses, Senator Collins is proud of the 100 percent rating she receives from the National Federation of Independent Business, our nation’s leading small business organization.

Constituent service has always been one of Senator Collins’ top priorities. During her time in the Senate, she has helped tens of thousands of Mainers resolve issues with federal agencies at six constituent service centers throughout Maine.

Senator Collins was born December 7, 1952, and raised in Caribou, Maine, where her family runs a fifth-generation lumber business, founded by her ancestors in 1844.  A Phi Beta Kappa graduate of St. Lawrence University, she is married to Thomas A. Daffron and resides in Bangor, Maine. 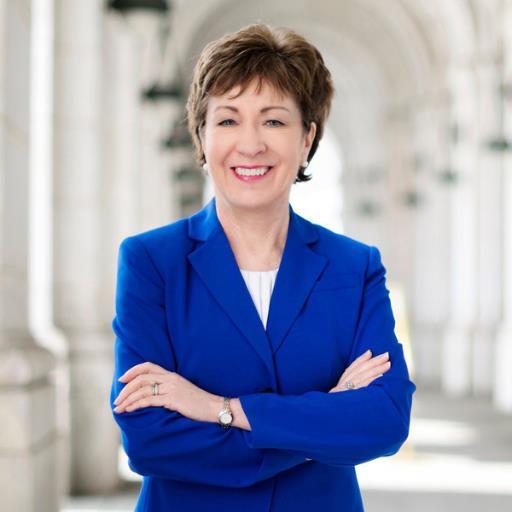