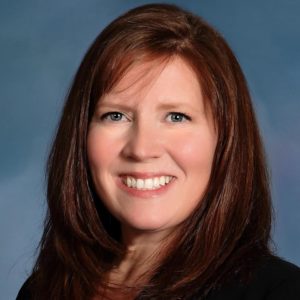 Representative Kathleen Dillingham of Oxford was elected House Republican Leader by her colleagues at the beginning of her third term in November of 2018. Since 2014, she has represented the residents of House District 72, which includes the towns of Mechanic Falls, Otisfield, and Oxford.

Kathleen began working in the Maine Legislature in 2001 as an administrative assistant and quickly moved through the ranks to serve as a Legislative Aide to House Leadership. Her humble beginnings at the State House guide her inclusive, results-driven approach to solving problems for her constituents and the people of Maine.

Her introduction to politics, however, didn’t start in Augusta. Her father served as a Selectman and Representative from Oxford. Her uncle Philip Jackson served in the Maine House and Senate. Her uncle Caldwell Jackson served as an Oxford County Commissioner and Selectman. One of her aunts managed the Blaine House through four Governors and another aunt served as a District Representative for former U.S. Senator Olympia J. Snowe.

Representative Dillingham takes pride in being the first Hispanic Republican Legislative Leader in Maine. Her father met her mother in Puerto Rico while he was stationed there in the Army. The youngest of three children, Representative Dillingham spent time living in different places in the United States and Europe, before settling back in the Oxford Hills area when her father returned to finish his military career.

She continues to work with her Father, aunts, and uncles on the family farm. Representative Dillingham is also completing a degree in Public Administration.

Select an amount to get started!

Paid for and Authorized by the Maine Republican Party.
9 Higgins Street, Augusta, ME 04330 Ben Lombard, Treasurer
© Copyright 2019 All Rights Reserved